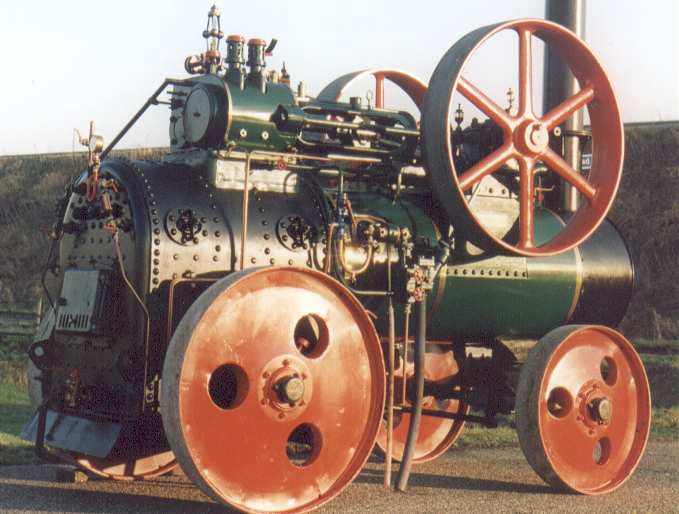 Three portables where ordered by the Utrecht Road Construction Company at Ransomes in Ipswich, England, in 1939 but because of World War II could not be delivered before 1948. The portable with factory number 684021 has  driven a mobile tarmac mixer until 1964, similar to her sister engines. Eventually two portables were donated to the Museum of Road Construction at Ede. The museum restored the portable with works number 684020. We started the restoration of our portable in 1995

The 52 fire tubes were replaced with the invaluable help of “Standard Fasel” in Utrecht. Apart from that, lots of new accessories had to be made. The portable was sandblasted and painted into the original colors. The final inspection by the Boiler Inspectorate took place in 1998 and the portable got an inspection certificate again The five volunteers spent over 1800 hours to the restoration of the portable.

Saturday April 11th, 1998 with a little ceremony, the portable was given the name “De Meent”. July 1995, first inspection at the Road Construction Museum at Ede 1996, the fire tubes have been removed , all in all the boiler is in good shape June 1997, the portable has been sand blasted en spayed with a protecting coat. On our way back to the workshop. Februari 1998, we made steam and got a certificate from the boiler inspector. The lagging is in place as well. April 1998, with some 50 people invited, in a little ceremony the portable got here name: “De Meent” 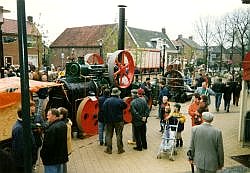 May 1998, first public appearance in our home town during “Farmers Monday” 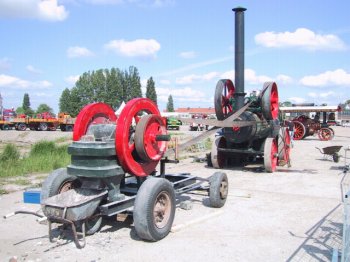 The portable driving a stone crusher at a steam event 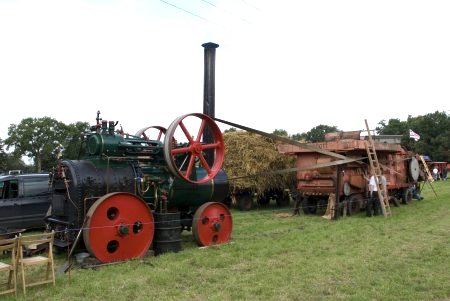 Nordhorn, Germany. “De Meent” is working hard to drive a large “Buschhoff” thresher. Not so much the power, but to get the required revolutions. 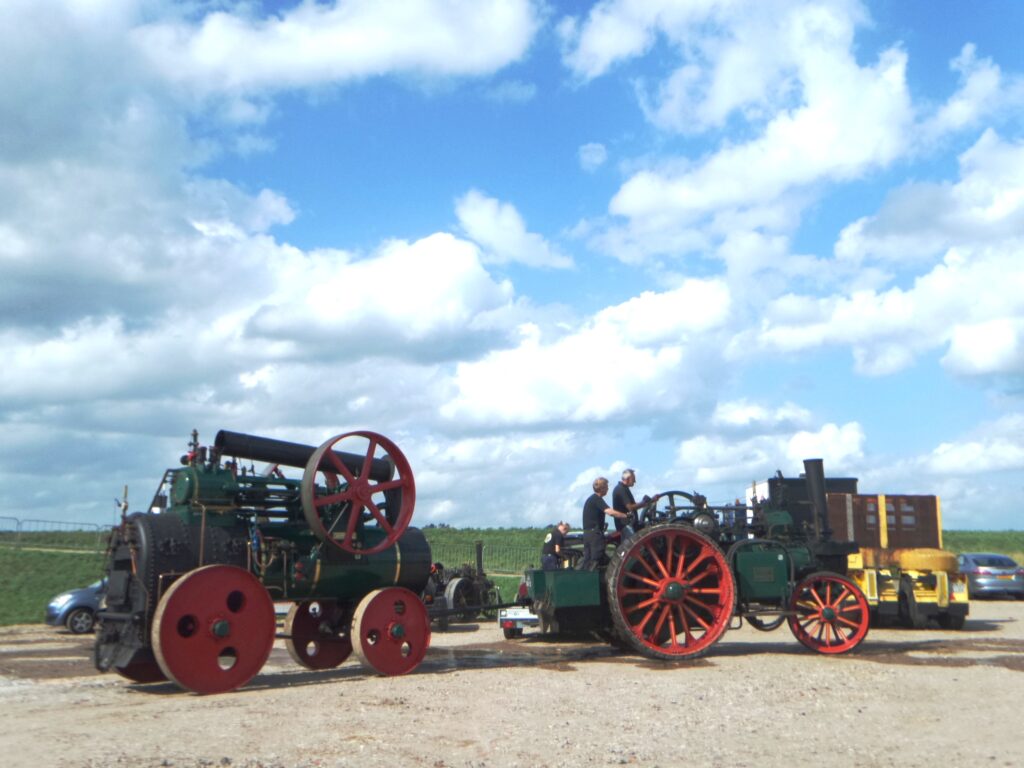 August 2019, the portable on tow by our traction engine at the end of a steam event.

Return to the : English main menu