The Traction Engine from Germany

Once we had finished the restoration of the portable, we wanted to start a new project, restoring a traction engine. It took some time to find one, as we did want our engine to be build on the Continent and in that case you are looking for a German build engine. We found our Kemna EM type, build by Haubold in Chemnitz in 1916, eventually in Latvia. Made for the German Army, but it spend most of her working life in the Baltic state. Complete, but totally worn out, just what we wanted, a full restoration !

As the German Army was in need of a great number of engines, more then Kemna could ever built, others, companies like Hanomag, Kraus Maffay, MAN, Haubold, Hartman etc. started to build these engines from the same blue prints. Only a few have survived. A rare image made on the yard of Haubold, probably in 1916. The image shows the eight engines that Haubold made as their contribution to the war effort.

Our engine is one of the eight ! We started the restoration by dismanteling the engine completely. It took us quite some time, some parts where probably untouched for almost 100 years ! 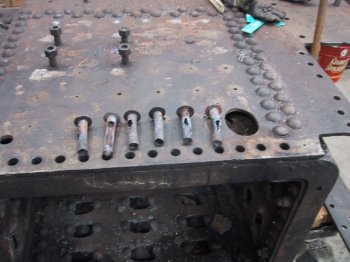 Unfortunately, the fire box had te be replaced, a real challenge ! We did most of the work ourselves, but the new box was made by Bicknel in England. The boiler is back from England, with a new riveted fire box. The crown stays (15) and stay bolts (102) where all down by the volunteers from the society. 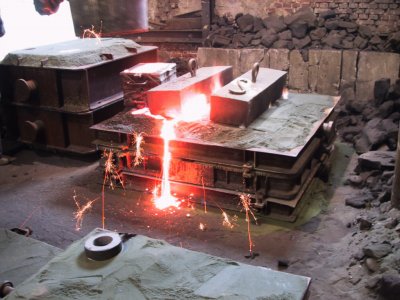 The differential was in bad condition as well, so we had new gears casted and machined by Sanders in Goor, The Netherlands The new differential, rear axle and wheels are mounted again. All other gears for first and second speed where made new as well by Gerard Leeraar in Germany. 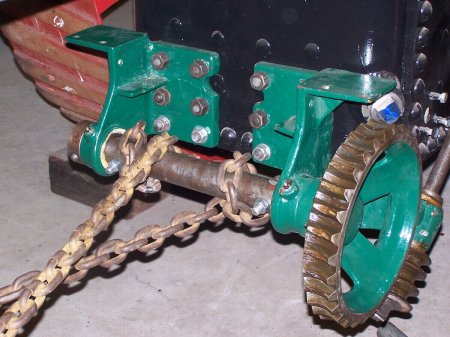 Steering is with two chains, the classic way. It takes 37 revolutions of the steering wheel to get from full right to full left ! 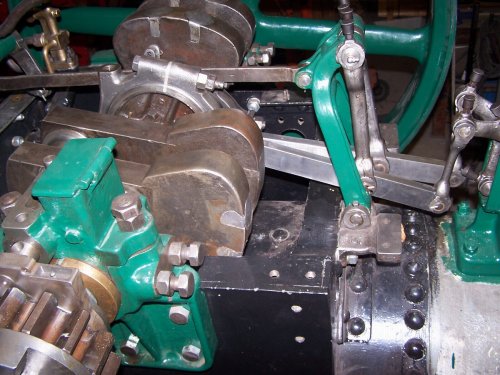 Working on the link-motion. The Kemna has two piston valves, driven by the “Klug” system. A very ingenious system, but with a lot of pivoting points. We installed needle bearings, not original, but so much better ! New slider blocks where made for the cross head, made of high quality bronze. It took a lot of time to make the four blocks out of a solid bar of bronze. 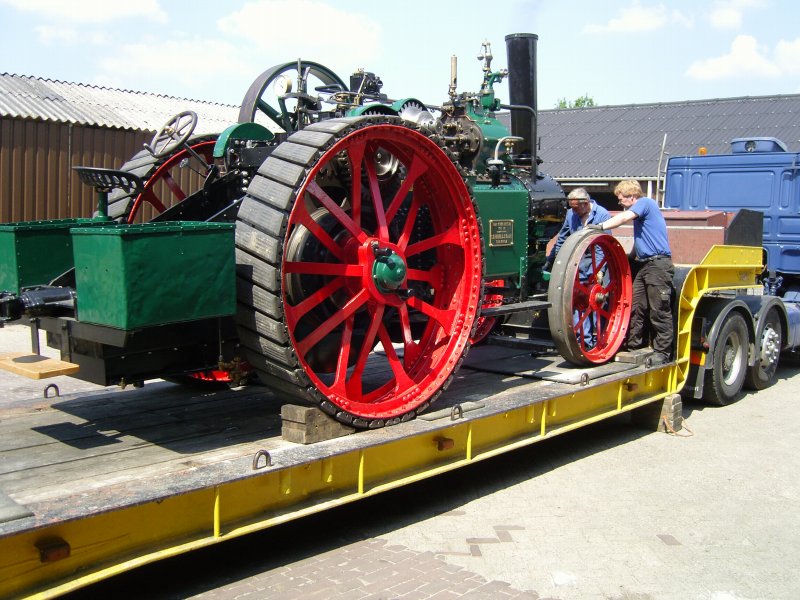 We are back in steam! On a beautiful Saturday afternoon we drove the traction engine on our low loader without a problem. The rear wheels have rubber track pads mounted, 40 on each wheel 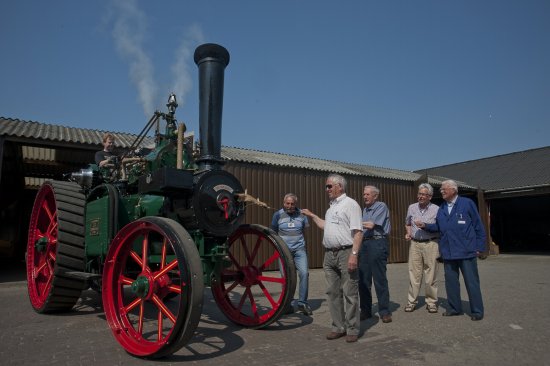 With a little ceremony our traction engine was given the name “De Majoor”. The name was unveiled by our four oldest members, all well in their eighties !  Job done !

We now rally the engine all over Europe in summer time.

Back to the English main menu